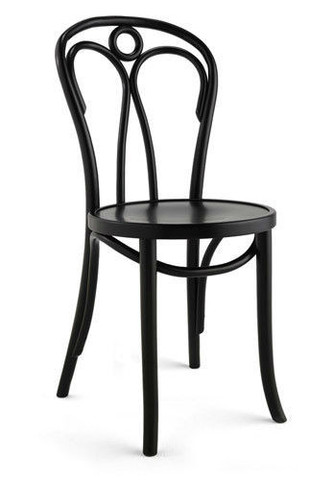 The story of the Michael Thonet Chair dates back over 160 years to his application to patent a method for giving “wood various curves and forms by cutting and regluing”.  In the early 1850’s, Michael Thonet’s chairs were just in their infancy with decades and decades of development ahead of them.  At that time he was still experimenting with wood veneers, rather than bending solid pieces of beechwood.

By the mid 1850’s, the legendary Michael Thonet chair would be created.  Through much experimentation, he had figured out how to bend a solid piece of wood through steam heating and bending on jigs.  This process allowed for rapid manufacturing of the Michael Thonet chair, and with refinements, the number of chairs being made grew rapidly.

The Michael Thonet chairs from the first catalogue exhibited intricate twists and turns in their backs and arms appealing to the classic style of the day.  The first true “consumer chair” was the A14.  Simple, light, inexpensive (the least expensive in fact) and durable.   It was a massive success.

Over the next 100 years Michael Thonet’s chair factory built a wide array of furniture and styles.  Items used for the home were not the only focus.  Michael Thonet chairs for business, schools, hospitals were also created.  Production exceeded 1,000,000 pieces per year in the early 1900s. 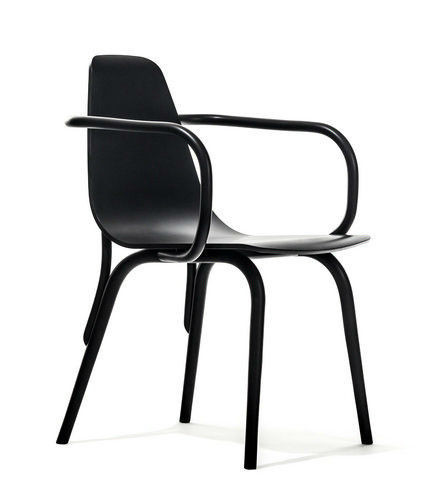 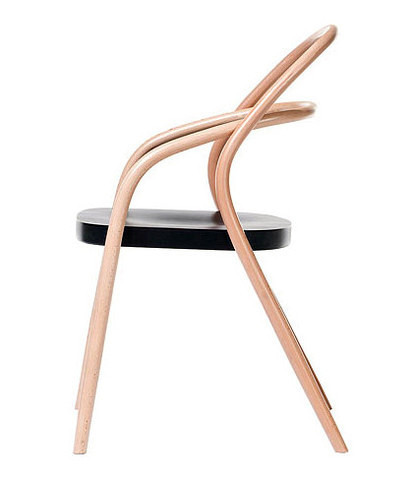