As anyone who has had even 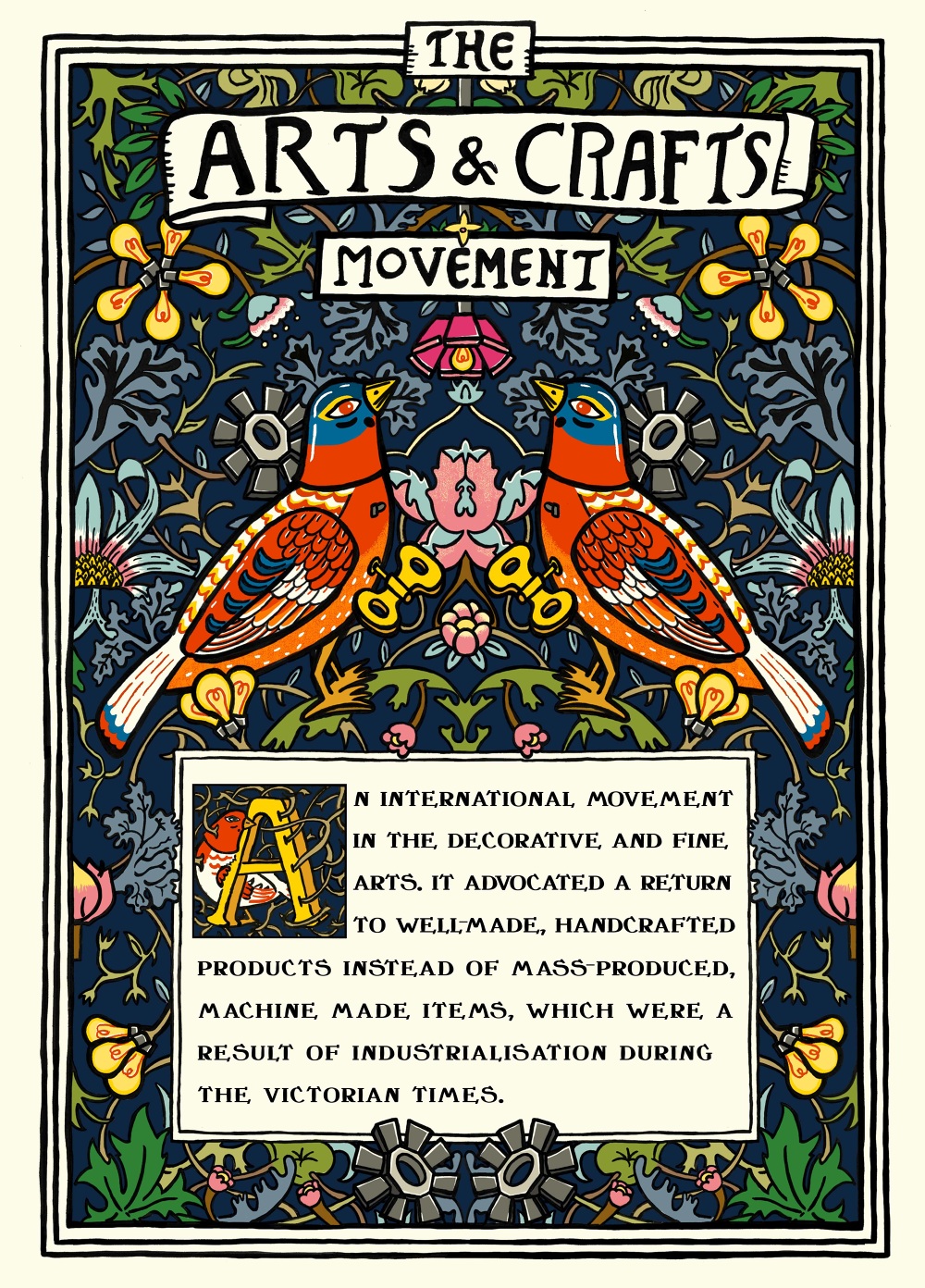 one American history class knows, the Second Industrial Revolution (1870 – 1914) was transformative for American life.  This era – also known as the technological revolution transformed business, home and farm life for millions of people with the rise of machines, factories and other advancements.  This era also spawned a revolution in the arts as well.  Two design styles would develop as a direct result of the Second Industrial Revolution.  These styles were the Arts and Crafts movement (1850-1914) and the constitutive Bauhaus Movement (1919-1933).  The aesthetic influence of the Second Industrial was a major concern to both but where the Arts and Crafts movement rejected the machine age and all its production, the Bauhaus Movement embraced the industrial revolution and sought to use the best characteristics that it had to offer.

Ironically, The Arts and Crafts Movement – which influenced the design Ornamental objects, flor

al fabrics, book making, weaving, jewelry, enameling, metalwork and ceramics, – eventually spread around the world and gave birth to the Bauhaus Movement.  They diverged in that both were interested in uniting all of the arts and crafts and elevating their status.  Moreover, both agreed that aesthetically their times were impoverished and that the rise of industry was partially responsible.  Finally, both stressed simplicity of design and the importance of the artist.  At Bauhaus2YourHouse we have pieces that represent both styles.  Our pieces also embrace and unite many other design styles from Art and Crafts to Art Nouveau and from Modern Classic to Contemporary.