For those of you who are lovers of modern classic furniture design, you may be interested in the ways in which the industry of design has a significant amount of its roots in the Bauhaus movement which plays a huge role in modern design’s inherent nature as an amalgamation of art and industry. The Bauhaus School was founded in 1919 by Walter Groupius in Weimar, Germany. The early 20th century was an era of change and disillusionment, in which society sought to embrace 20th century machine culture in a way that embraced utilitarian, yet effective design.

The Bauhaus school of design encouraged the use and incorporation of modern technologies in order to thrive in a modern environment. The Bauhaus movement’s core tenant is “truth to materials” which means that material should be used in its most appropriate and natural form meaning that its nature should not be changed. Supportive materials such as metals should simply be exposed and not hidden within the interior of a piece of furniture; think of 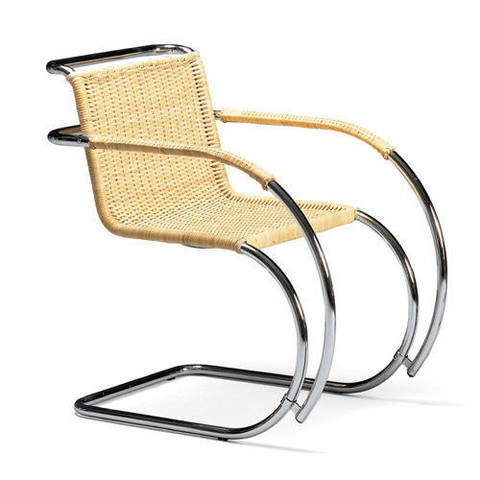 and Thonet furniture, both of these are known for their functional design and showing the materials used in their pieces.

The historical Bauhaus movement altered the design and production of modern furniture through its incorporation of the use of metal as frames and supports for various furniture items. The look became increasingly streamlined, the modern look of Bauhaus furniture. Bauhaus is incredible in the way that it bridges the gap between art and industry, and even more so in how it combines design and functionality. If you’re looking for beautiful, timeless modern classic pieces for your home, look no further than Bauhaus 2 Your House.